Published: Monday, 22 June, 2020
This story begins with a demon and like most demons, he wanted to rule the world. But although he was big and strong, he knew that he didn’t possess the power of the Gods and there would be no way to beat them without being very clever. So he began to study. He spoke to the Sages, he travelled to distant monasteries and he made a discovery. Tales of arcane gifts and mystical powers given by the Gods themselves to those that showed their perfect devotion. The god that was most vulnerable to a bit of flattery? None other than Shiva himself. The King of the Yogis. READMORE
Categories: wellbeing | yoga | mindfulness | news
Posted in: yoga, yoga mythology, meditation 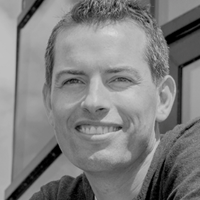 Three key insights to help you move beyond stress

Deva Yoga has opened a new studio in Chislehurst, Bromley.

Published: Wednesday, 07 June, 2017
We are very excited to announce that we will be opening our doors from Monday 2nd October 2017. It has been a lengthy but exciting journey over the past months transforming the studio into a peaceful haven, creating a varied and stimulating timetable and sourcing gifted teachers that will guide... READMORE
Categories: news
Posted in: news, new studio